Our mortality data is in the .csv mortality_time_series_national.csv. I manually coded the table reported in the social media blog post in the .csv social_media_mortality_data.csv.

Let's add a column, source, to each dataset so that we can tell the data sources apart when we create a comparison data set

Quick look at the datasets. We can see that they have identical column names and the same amount of observations. 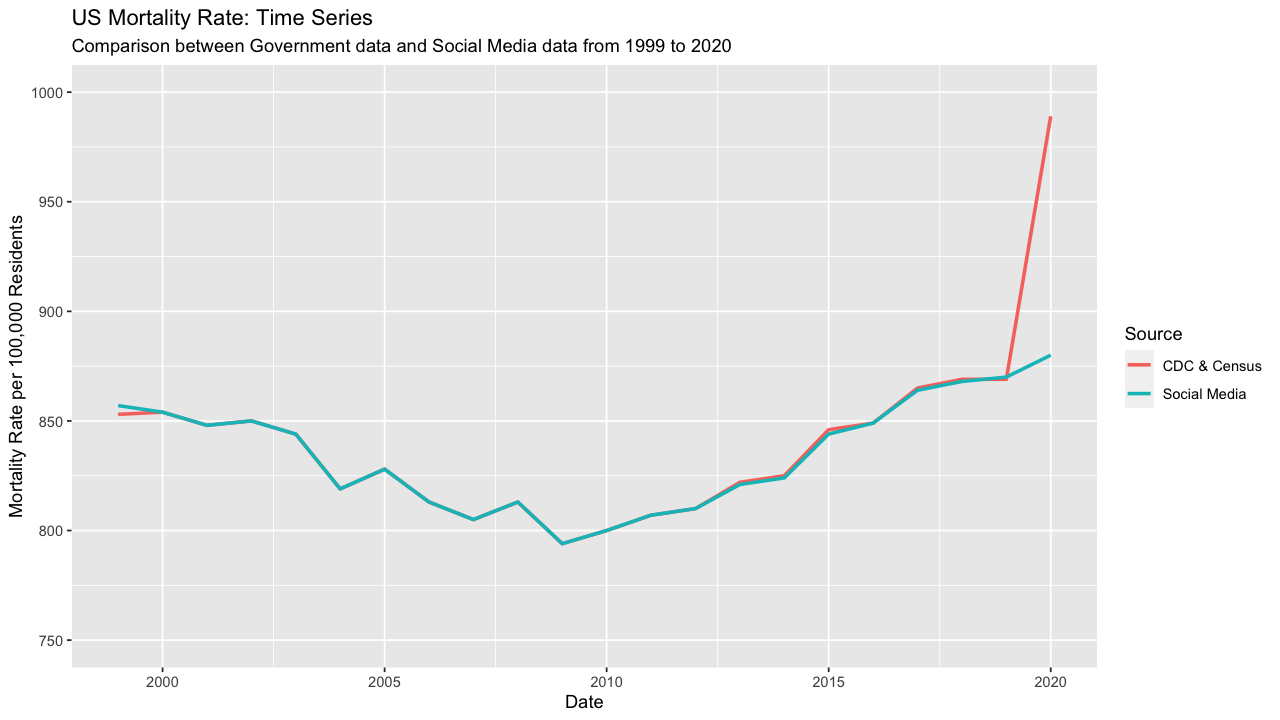 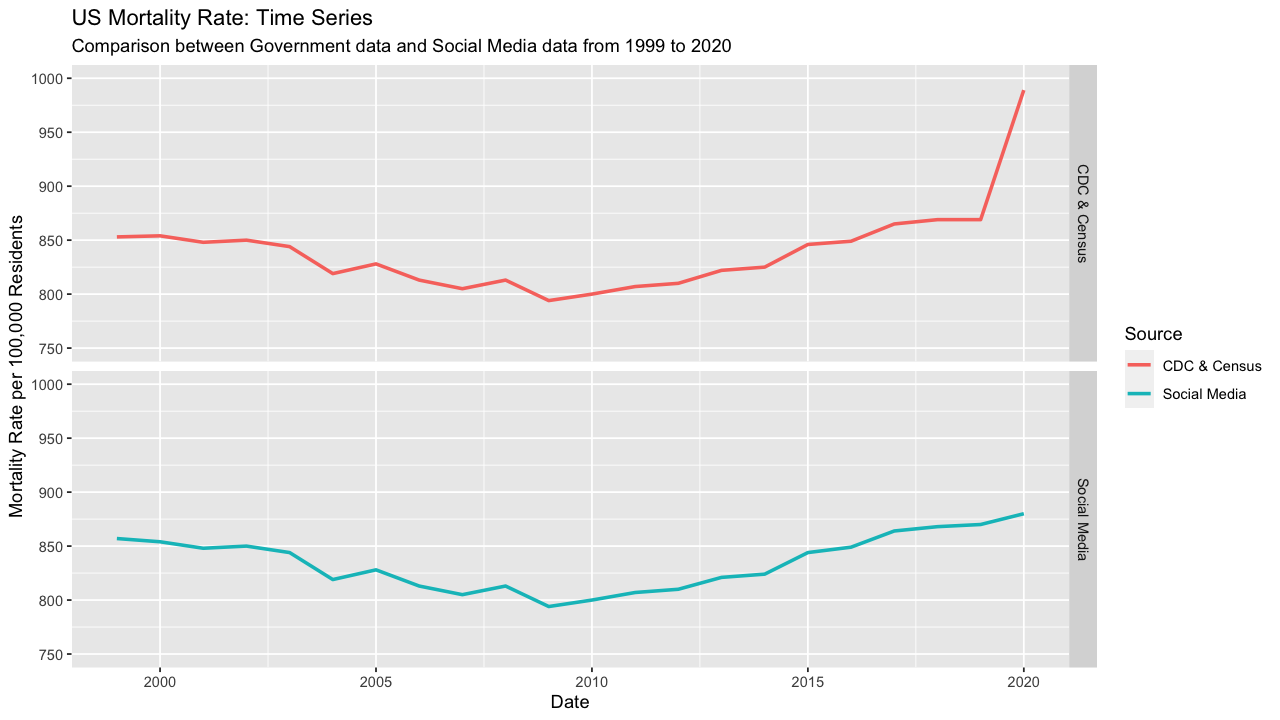 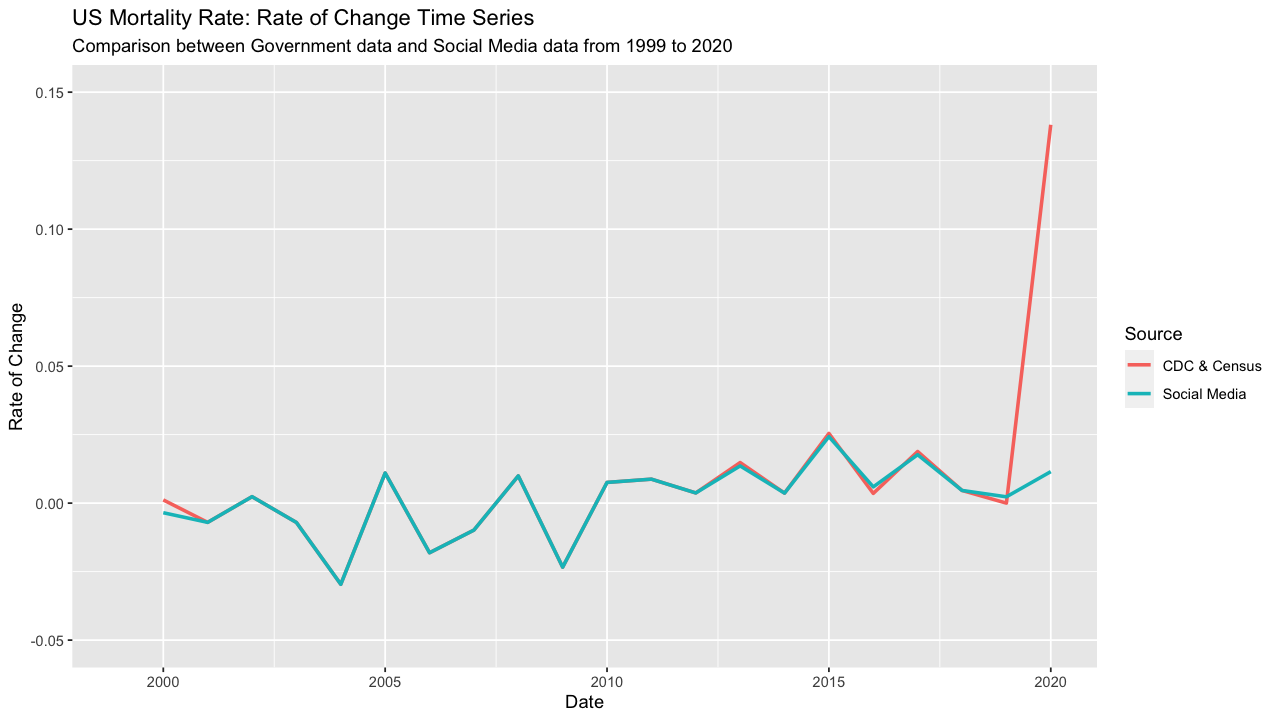 We can create another facet plot to better separate trends 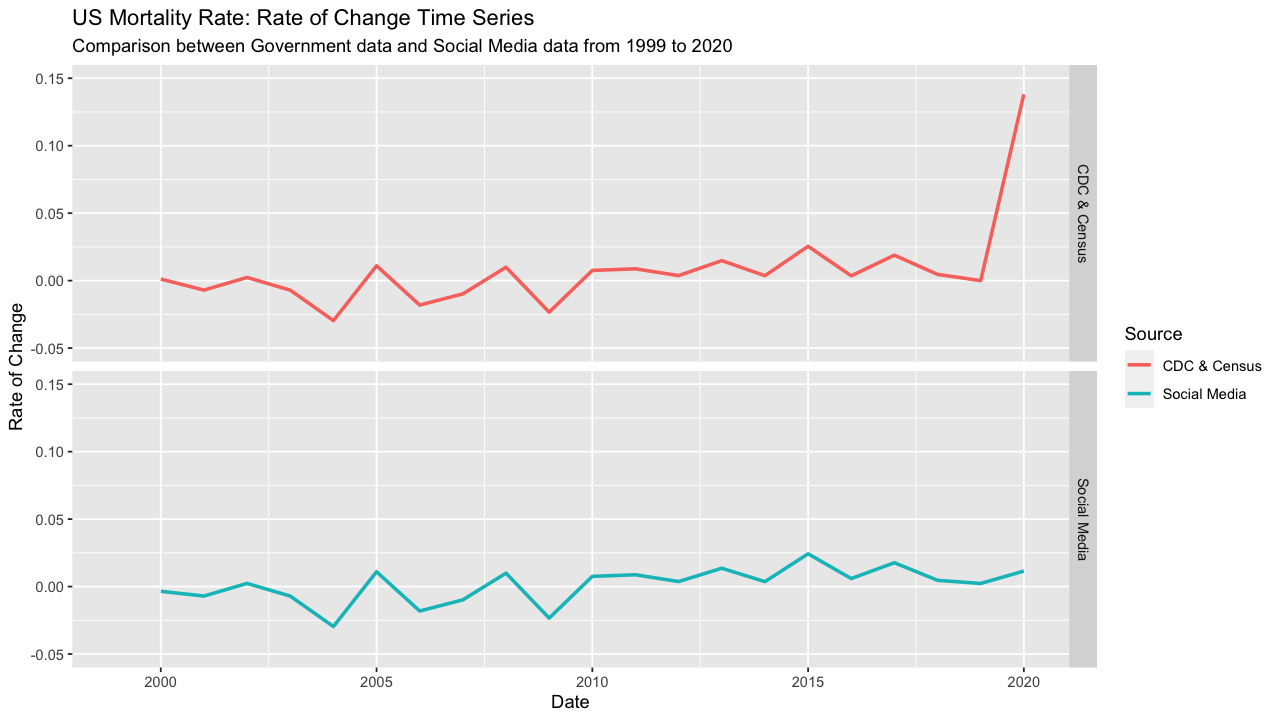 We will compare the social media mortality data and the mortality data we created by cohort and period. Period and cohort analysis is a method common to epidemiology; while we are not using the terms in their exact public health sense, these terms can be helpful for separating time-varying elements. The period comparison will compare the mortality rate of change from 1999 to 2019 with the mortality rate of change from 2020, recalling the central point of contention from the social media post that 2020 mortality is inline with the time period 1999 to 2019. Secondly, we will split the time period 1999 to 2020 into 5-year cohorts for a more granular analysis of the trends within proximate years.