In the previous post, Part 1 of the NBA MVP Comparison series, we gathered the relevant NBA MVP finalist data from basketball-reference.com and processed it.

Before going further, it is important to note that all analysis in Part 2 deals with MVP finalists from 1983 to the present (2018). This decision was made to separate the pre-3 point era from the post-3 point era which analytically and stylistically have different types of players.

Our goal with this blog post is to understand which MVP finalist, but non-MVP winner was most deserving of the award. To do this, we will predict the continuous dependent variable, vote share (ranging from 0 to 1), of a MVP finalist with a vector (list) of the following predictors (independent variables) from the processed MVP finalist data: age, games_played, avg_minutes, avg_points, avg_rebounds, avg_assists, avg_steals, avg_blocks, field_goal_pct, three_pt_pct, free_throw_pct, win_shares, win_shares_per_48.

The specific questions that will allow us to assess which finalist was most deserving of a MVP award are:

While the language of statistical models deals more with over- and under-performance, I will interchange these terms with more colloquial language such as robbed/robbery.

Because our predicted variable, vote share, is continuous we need a rule to predict the binary (winner/loser(s)) MVP award. The rule we will use is the player with the maximum predicted vote share (LDA Prediction) for a given year will be awarded the MVP. This rule will need additional complexity to handle potential ties. The order of tiebreakers for playoff seeding is near the bottom of this article. Perhaps we could adopt similar rules for vote share ties; fortunately for this analysis, there were no ties. 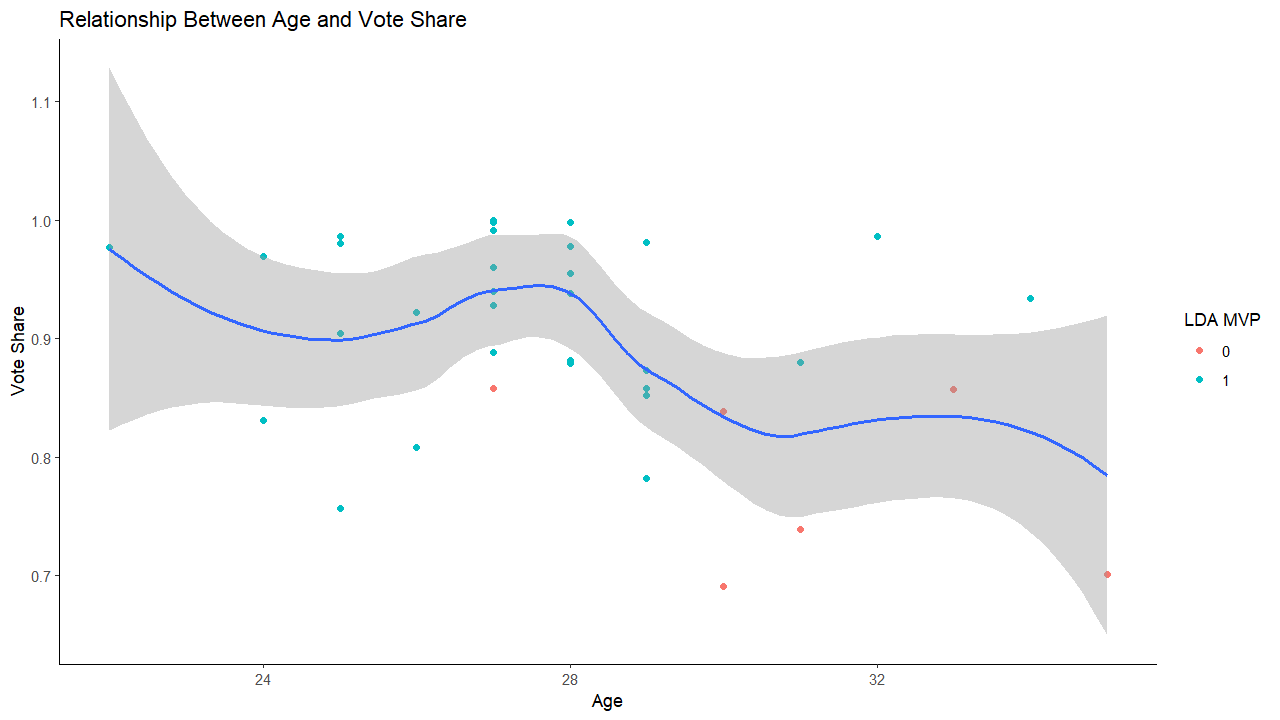